The internet is fertile ground for software piracy, but perpetrators are not above the law and, with the right legal advice, effective steps can be taken to counteract the problem. In one case, the High Court came to the aid of a video games company whose business was being decimated by illicit websites. 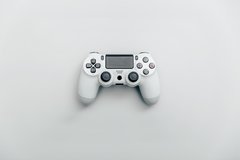 The company had sold millions of games consoles in the UK and had sophisticated technological protection measures in place which were meant to ensure that they could only be used to play authorised games. These had, however, been circumvented by four websites which marketed accessories used to download games free of charge.

In those circumstances, the company sought injunctions against the UK’s five main retail internet service providers, requiring them to block, or at least impede, access to the offending websites. The providers all either consented to or did not oppose orders being made against them, but the Court nevertheless had to satisfy itself that the application was properly made.

In granting the orders sought, the Court noted that those behind the websites had proved untraceable and that they might well be operated from abroad. They made liberal unauthorised use of the company’s trade marks and their misleading content was likely to deceive many consumers into believing that they are legitimate. Their objective was to take unfair advantage of the reputation of the company’s trade marks in order to sell circumvention devices.

The orders were necessary in that the websites were causing substantial damage to the company’s business and no alternative measures were realistically available. Cease and desist letters and take-down requests had been ignored. The orders would have no impact on legitimate trade, could be easily implemented and were likely to be effective in at least reducing traffic to the offending websites. The company would pay the internet providers’ costs of implementing the orders, which represented a proportionate response to the websites’ unlawful activities.


Intellectual Property, IT, Internet and Media