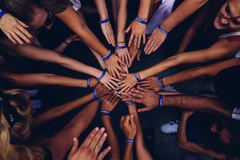 There are few more crucial roles played by judges than to protect vulnerable people from exploitation by those charged with managing their finances. In a novel case on point, the Court of Protection left no stone unturned in authorising a charity to step into a disabled man’s shoes and act as his legal deputy.

The registered charity, a company limited by guarantee, had been authorised by the Lord Chancellor under Section 3 of the Law of Property (Amendment) Act 1926 to act as a trust corporation within the meaning of the Mental Capacity Act 2005. It nevertheless required the Court’s permission to act as deputy for the man, who lacked capacity to manage his own property and affairs. The case was believed to be the first of its kind, in that the charity was not linked to any legal practice.

In approving the charity’s appointment as the man’s deputy, the Court was satisfied that it was a suitable person to perform that role. Its charitable objectives and articles of association enabled it to do so and it had undertaken to comply with the Public Guardian’s published standards for professional deputies. It was regulated by the Charity Commission and had the benefit of professional indemnity insurance cover of no less than £3 million in respect of any one claim.