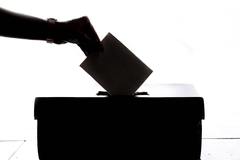 The fairness of elections is a sacred tenet of British democracy and, where mistakes are made, only judges can put them right. A case on point concerned a town council election in which thousands more votes were counted than cast and one of the candidates was wrongly declared a winner.

The town had only about 6,400 registered voters, and just 2,477 ballot papers were issued. However, following the count, the 19 candidates for 15 seats on the council were recorded as together having attracted nearly 42,000 votes. The error was said to have arisen from the erroneous allocation of block votes cast for a particular party to all that party’s candidates.

The returning officer swiftly acknowledged that something had gone badly wrong with the count. However, the results of the election having been officially declared, the only route by which the error could be corrected was by lodging an election petition with the High Court under the Representation of the People Act 1983.

After one of the candidates took that course, the Court authorised a recount to be held in secure conditions. The outcome of that process having been accepted by all sides, the Court directed that a candidate who had been wrongly declared duly elected be replaced on the council by another who had outpolled her. The Court praised all involved in the case for achieving an appropriate outcome.