Life Made Hell by a Nuisance Neighbour? See a Lawyer Today! 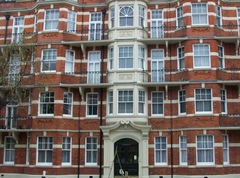 Flat dwellers have to live in close proximity to one another and that requires a certain amount of give and take. As one case illustrated, however, a good lawyer will see to it that you are protected if your quality of life is affected by a problematic neighbour.

The case concerned the owner of a maisonette who had encountered difficulties with his downstairs neighbour. The woman would scream and bang on the ceiling if she heard the slightest noise emanating from upstairs. Her behaviour continued after he moved out of the property, renting it to tenants, and had taken on the proportions of a vendetta. She had also allowed plants in her front garden to grow so monstrously out of control as to block the light from his first-floor windows.


After he contacted solicitors, who launched proceedings on his behalf, a judge found that the man had done his level best to get along with his neighbour. He rarely had visitors and had not caused any unreasonable noise. Due to the woman’s behaviour, he and his girlfriend were frightened to move around their own home and had taken to camping out on the maisonette’s upper storey. The man claimed that the dispute had rendered his property, which should have been worth about £850,000, unmarketable and effectively worthless.


The judge found that the woman’s behaviour amounted to harassment and that her refusal to cut back her garden was a common law nuisance. He issued an injunction that required her to cease her offensive behaviour or face imprisonment. The man was also entitled to damages and, although their amount had yet to be assessed, he had valued his claim at up to £1 million.