Disabled people often have particular housing needs and it is sometimes right for social landlords to treat them more favourably than able-bodied housing applicants. The Court of Appeal made that point in the case of a disabled RAF veteran who objected to being marooned in a bungalow 70 miles away from her family and friends. 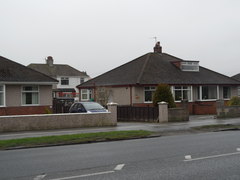 The wheelchair-dependent woman was confined to her bed for much of the day and required 24-hour care. She felt isolated in the rural bungalow and, in the absence of public transport, was unable to leave the house. Her ex-partner, who had cared for her, had decided to move on and, although her family would be happy to look after her, they lived in a town that was well over an hour’s drive away.

After she applied for re-housing to the town’s local authority, it refused to accept that she was homeless. A housing officer described the bungalow as perfectly suited to her physical needs and found that it would be reasonable for her to remain there. He also pointed to the very high demand for housing in the town and took the view that she and other homeless people in the area were in the same unfortunate boat. The woman’s challenge to the officer’s decision was later dismissed by a judge.

In upholding her appeal against the latter ruling, however, the Court found that the officer had failed to take sufficient account of her disabilities and had overlooked the fact that the location of the bungalow was having a serious impact on her mental health. In focusing on the scarcity of social housing in the town, he had failed to turn his mind to her particular needs.

Observing that it is sometimes necessary to afford more favourable treatment to disabled people, the Court found that the bungalow could only be viewed as suitable for her if its location were ignored. The officer had not carried out the required comparison between her needs and the needs of others without her disabilities. His decision was quashed and the council was directed to reconsider the woman’s application in the light of the Court’s decision.