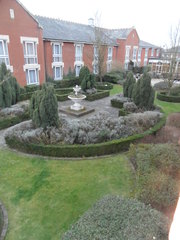 Administrators of insolvent companies often face criticism as a consequence of holding the frequently embattled line between shareholders and creditors. That was certainly so in a High Court case concerning a troubled hotels group.

Administrators had been appointed by secured creditors of the group, which owned 10 luxury hotels but had liabilities in excess of £500 million. They took the view that there was no credible possibility of maintaining the group as a going concern and that the hotels should be sold in order to achieve the best outcome for creditors.


The group’s shareholders, however, argued that the administrators were proposing to sell the hotels at an undervalue. It was also submitted that they had failed to pursue certain valuable third party claims that could have dramatically improved the group’s financial position. The administrators were said to have failed to properly consider the option of rescuing the group as a trading entity.


The administrators strongly denied those claims and pointed out that they faced competing demands from the shareholders, on the one hand, and creditors who were owed hundreds of millions of pounds on the other. Insisting that it was their duty to proceed to the realisation of the group’s assets, they said that the shareholders were intent on disrupting and delaying the sales process.


In rejecting the shareholders’ application, the Court found that the administrators’ commercial decisions could not be criticised and that it was not seriously arguable that they had breached the duties they owed to the shareholders. Replacing them would be highly damaging and disruptive to the conduct of the administration and the interests of both shareholders and creditors.