Amidst the white heat of competition that pervades public contract procurement exercises, tenderers sometimes put in over-ambitious bids which later come back to bite them. In one case, the High Court found that a company’s tender in respect of a local authority waste treatment contract was in important respects based on little more than calculations carried out on the back of a proverbial cigarette packet. 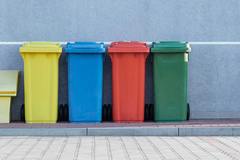 Following a competitive tendering process, the council awarded the company a 25-year contract to design, construct and operate a mechanical biological waste plant to treat the area’s household waste. More than five years after its completion, however, the plant had failed to pass contractual acceptance tests. The council claimed that that continuing failure amounted to an event of default by the company. It launched proceedings, seeking various forms of declaratory relief and damages.

The company denied any default. It argued that, on a true reading of the contract, the plant was capable of passing the acceptance tests. It asserted that the council was in breach of contract, having failed to provide waste to the plant of the agreed composition. The council, it claimed, was seeking to terminate the contract for reasons of convenience dressed up as termination for default.

Ruling on the case, the Court noted that the plant had produced good quality solid recovered fuel from waste and succeeded in diverting very significant quantities of waste away from landfill. However, it could not process the tonnages of waste guaranteed under the contract and failed to meet key environmental standards on the performance of which the council was entitled to insist.

The company’s assumptions in respect of waste density were based on little more than back-of-a-cigarette-packet calculations and the plant suffered from serious design errors in that certain of its facilities were undersized and incapable of processing the required tonnage of waste.

The company’s bid in respect of reducing volumes of biodegradable municipal waste sent to landfill was inadequately researched, ambitious and set with a view to scoring well in the procurement exercise. Its target was not achieved and its confidence that it could meet performance guarantees proved misplaced. The plant, as built and designed, simply could not pass the acceptance tests and claims that the council had failed to act in good faith were without foundation.

The company was ordered to pay the council £9,038,428 in damages to the end of February 2019 together with £99,563 per month in respect of continuing losses thereafter. Set off against those sums was £745,234 in compensation awarded to the company in respect of an interruption of waste deliveries following the discovery of suspected asbestos-containing materials at the plant.