For many businesses, the COVID-19 pandemic represents an existential crisis and their creditors face an unenviable choice between accepting a stern financial haircut or taking their chances in an insolvency. As a High Court case showed, however, judges have been working hard to ensure that creditors get a fair deal and that as many companies as possible are saved as going concerns. 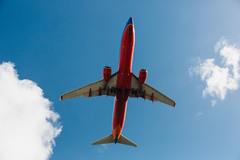 The case concerned an international airline based in the UK which has thousands of employees and ordinarily carries about six million passengers a year. The pandemic had led to an 89 per cent reduction in its bookings year on year. It was expected to run out of money within weeks and its cashflow crisis had placed its airport landing slots – the lifeblood of its business – under imminent threat.

With a view to saving the business, the company sought an order under Section 901 of the Companies Act 2006 convening meetings of creditors at which approval of a restructuring plan would be sought. The plan was part of a broader recapitalisation by which the company would raise new loans, thereby injecting almost £400 million of fresh money into the business.

Liabilities to major existing creditors, to whom about £1.5 billion was owed, would be managed by, amongst other things, reducing debts by agreed amounts, deferring repayment dates and converting debt into preference shares. The vast majority of those creditors supported the plan on the basis that it promised a better outcome than if the company were to fall into administration.

Ruling on the matter, the Court noted that the company had already reached tailored agreements with certain creditors, who would be excluded from the plan. Public bodies to whom the company owed money and creditors whose goods or services were essential to its survival would also be excluded. There were, on the face of it, respectable commercial reasons for that approach.

Due to logistical difficulties and the extreme urgency of the company’s predicament, more than 1,000 trade creditors who were owed less than £50,000 had not been invited to support the plan. The proposals had, however, been explained to them and they had been given a fair opportunity to participate in the proceedings. Their interests had, on the face of it, thereby been appropriately safeguarded.

The Court noted that the company was on the brink of collapse and would probably enter administration within weeks unless the plan were approved. The purpose of the plan was to mitigate and, if possible, to eliminate the financial difficulties it had encountered due to the pandemic. The creditors falling into four broad categories, the Court directed that a separate meeting be convened for each of them. Due to the pandemic, the meetings would be held remotely. If creditors voted in favour of the plan, the Court’s final approval would still be required before it could be implemented.