The so-called intermediaries legislation – commonly known as IR35 – has been the source of perennial controversy since it hit the statute book and a tribunal’s ruling that a presenter’s relationship with a radio station was one of employment for tax purposes is likely to add further fuel to the debate. 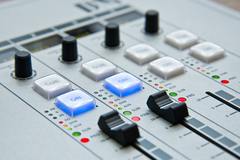 Over a two-year period, the presenter performed work for the station through the medium of his private services company. HM Revenue and Customs (HMRC) took the view that IR35 applied to him and that he stood to be treated as an employee for tax purposes. Demands for Income Tax and National Insurance Contributions were therefore raised against the company under the PAYE system.

The First-tier Tribunal (FTT) upheld the company’s appeal against those demands on the basis that the nature of its contractual relationship with the station indicated that the presenter was self-employed. The FTT was in particular swayed by its finding that the station was under no obligation to provide him with work. HMRC, however, challenged that decision before the Upper Tribunal (UT).

Ruling on the matter, the UT noted that the station specifically engaged the company to provide the presenter’s services for a fixed period. He was required to work on the show for at least 222 days per year. Such a high degree of commitment would make no sense unless the station took on a countervailing commitment to provide him with at least some work.

The two relevant contracts between the company and the station stated in terms that they were not contracts of employment. The presenter also enjoyed a high level of editorial and artistic freedom in putting together the show. He was paid a fixed fee per show and was not afforded rights to which employees are entitled, including holiday and sick pay, a pension and paternity leave.

On the other hand, the station had first call on his services and he was not entitled to provide a substitute to perform his role. The extent of his economic dependence on the station was also a strong indicator of an employment relationship. Were it not for the company standing as intermediary between him and the station, the UT found that he would have been the station’s employee. HMRC’s appeal was allowed and the demands were upheld.