Even people of the greatest intellect can become mentally frail in old age and that is one good reason why it makes sense to execute a professionally drafted will sooner rather than later. A case on point concerned an eminent former judge who was suffering from short-term memory loss when he signed his final will. 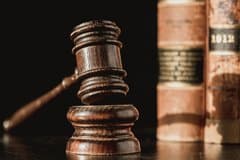 The combined effect of a will that the man signed in 2001 and a subsequent codicil was that, if his second wife died before him and bequeathed him their marital home in her will, he would leave it to his two sons. His wife did predecease him and did leave him the house. However, following her death, he made a new will in 2008 by which he left the property to his wife’s two stepdaughters.

Following his death, one of his sons challenged the 2008 will on the basis that he by then lacked the mental capacity required to make a valid will. It was argued that he was suffering from undiagnosed dementia and that there was no rational explanation for his change of heart concerning who should inherit the property. He was said to have made the will on a false premise and in the illusory belief that fairness demanded that the property be left to the stepdaughters.

Ruling on the matter, the High Court accepted that he was probably suffering from the early stages of Alzheimer’s disease when he made the 2008 will. His ability to remember events in the recent past had declined to the point where he tended to repeat himself during conversations. He was also grief-stricken, his wife having only recently died. His high level of intellect had, however, assisted him in overcoming those difficulties and his long-term and working memory remained functional.

Despite his uncompromising reputation when he was on the bench, the Court noted that the evidence revealed an emotional and loving side to his character. He had become very attached to the stepdaughters, who cared for him and helped him to cope with his grief, considering them to be part of his family.

He took the view that the property, which had been built by the wife and her former husband, was the stepdaughters’ family home and that the right thing to do was to leave it to them. On an emotional level, he felt that the property belonged to them and bequeathing it to them was what he wanted to do. Although he had not been medically assessed prior to making the 2008 will, the document was rational on its face; it had been duly executed following legal advice and there was no dispute that he knew and approved of its contents.

It could not be said that a disorder of his mind had poisoned his affections, perverted his sense of right or prevented him from exercising his natural faculties. He was able to comprehend and appreciate the moral claims to which he ought to give effect by his will. The 2008 will was declared valid and the Court directed its admission to probate.