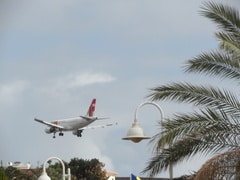 Even if your employment contract says nothing about respecting the confidentiality of your employer’s trade secrets, you may still be under an implied legal duty to do so. Two salesman who were alleged to have exploited their travel agency employer’s client database found that out to their cost in a High Court case.

After the agency launched proceedings against them, the Court noted that the implied duty of good faith and fidelity that every employee owes to his or her employer generally comes to an end when the employment terminates. However, the obligation not to disclose or otherwise misuse trade secrets is capable of persisting even after an employee’s departure.

The Court had no doubt that the password-protected client information concerned was confidential to the agency and that the obligation to maintain its confidentiality did not cease on the salesmen leaving the agency’s employ. Although they were entitled to make use of information forming part of the experience and skills that they developed during the course of their employment, their duty of confidence extended to information which they had copied or deliberately memorised.

In making the agency’s confidential information available for exploitation by its rival, the Court found that they were in breach of the term of confidence implied into their contracts and also in breach of the distinct equitable obligation of confidence that they owed to their former employer. The Court’s decision opened the way for the agency to seek damages and injunctive relief against them.

It had not been established that the rival, which operated on a franchising model, had either employed the salesmen or engaged them as agents following their departure from the agency. However, it was also found liable for breaching its obligation of confidence in that it ought to have known that it was in receipt of information that the agency reasonably regarded as confidential.