It is the mark of a society governed by the rule of law that, where people suffer injury or death due to the misconduct of the servants or agents of the state, compensation is paid in full. In a prime example of that happening, the loved ones of a civilian shot dead by a British soldier during the Northern Ireland troubles won more than £260,000 in damages. 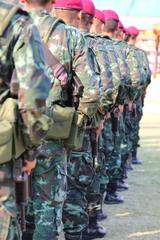 During the notorious events of Bloody Sunday – 30 January 1972 – the 41-year-old painter and decorator was taking part in his first civil rights march in Londonderry when soldiers opened fire. A respected member of his community and a married father of six children, he took refuge with others behind a wall. When he moved out from the shelter, either to help one of the victims or to signal the soldiers to cease firing, he was probably waving a piece of towelling or a white handkerchief. A soldier took aim and shot him at a range of about 35 metres. He died instantly.

More than 40 years after the event, and following the outcome of the Bloody Sunday Inquiry, his widow launched proceedings against the Ministry of Defence (MoD). Although she died before her case came to court, a solicitor acting as executor of her estate persisted with her claim.

The MoD accepted that the man, and all other civilians who were injured or killed on Bloody Sunday, were innocent victims and admitted liability for assault, battery and trespass to the person. It made no attempt at justifying the soldier’s action and did not seek to argue that the widow had left it too late to lodge her claim. Following a trial, her estate was awarded £264,985 in damages, plus interest.

The award included £15,000 in aggravated damages to reflect society’s abhorrence of the soldier’s act and the pain and suffering that the man had endured prior to his death. The judge found that he would have been filled with fear and dread as the shooting started, coupled with a sense of indignation and hurt at being the innocent victim of a blatant, unprovoked and unjust attack by members of the army.

The MoD appealed against that element of the award, arguing that, as the man’s death was instantaneous, he would not have suffered mental distress arising from the soldier’s wrongful act in pulling the trigger. In rejecting the challenge, however, the Court of Appeal in Northern Ireland ruled that, viewed in the wider context of the events on Bloody Sunday, the award of aggravated damages was unimpeachable.

The threatening and aggressive conduct of soldiers prior to the killing – the man was the last civilian to be shot dead on Bloody Sunday – was capable of generating in any person of normal mental fortitude in the area a reasonable apprehension of being shot or wounded. The Court concluded that that conduct was itself capable of amounting to a continuous assault for which the MoD bore indirect legal responsibility.