Submission is not the same as consent. The Court of Appeal powerfully made that point in upholding an award of more than £1 million in damages to a man who was for years subjected to a catalogue of sexual abuse by a PE teacher. 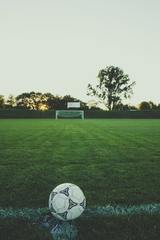 The man was preyed upon for two years whilst he was a 13- or 14-year-old pupil at the school where the teacher worked. The abuse continued for a further six years after he left the school. He buried memories of what happened until he suffered a major mental breakdown at the age of 45. The teacher subsequently admitted a number of grave sexual offences and received a lengthy prison sentence.

After proceedings were brought on the man’s behalf against the teacher and the local authority that ran the school, a judge awarded him £1,112,390 in damages, a sum that reflected his pain and suffering and losses arising from the abuse. The teacher did not challenge that ruling, but the local authority did.

In dismissing the local authority’s appeal, the Court rejected arguments that the man had, after he left the school, consented to continued sexual activity with the teacher. Drawing a clear distinction between submission and consent, the Court found that he had not genuinely consented to the teacher’s demands. His free will had been overridden by psychological coercion at the teacher’s hands.

The local authority’s plea that it should not be held indirectly – or vicariously – liable for the teacher’s actions after the man ceased to be a pupil at the school was also rejected. The abuse thereafter was derived from the grooming, manipulation and control to which the teacher had subjected him during his time at the school.

The argument from the local authority that the man had left it too late to launch proceedings also fell on fallow ground. Although personal injury claims must generally be brought within three years of a victim becoming aware that he or she has suffered a significant injury, the judge’s decision to extend that time limit was justified. A challenge to the amount of the damages award also failed.