Takeovers of public companies are subject to close judicial scrutiny so as to ensure that all shareholders, no matter how small, receive a fair opportunity to make their views known. In a case on point, the High Court left no stone unturned before approving the sale of a UK defence and aerospace company. 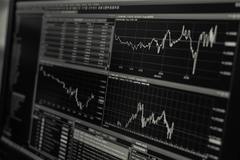 The proposed sale to an overseas private equity firm having received the green light from the government, seeking judicial approval of a scheme of arrangement under the Companies Act 2006 was the final hurdle that the company was required to confront before the transaction could be completed.

In granting the approval sought, the Court found that a meeting of shareholders had been held in compliance with the Act. Of the 1,222 shareholders who attended, 775 voted in favour of the scheme and 447 against. The statutory requirement of a 50 per cent majority had thus been met by some margin. Although the turnout represented only 29.06 per cent of the total number of the company’s shareholders, that was relatively high for a meeting of this nature.

The Court could detect no technical flaws in the scheme. There was no reason to doubt the bona fides of the majority and no suggestion that they had coerced the minority contrary to the interests of the shareholders in general. Documentation that had been published concerning the scheme, whilst voluminous and possibly challenging to elderly shareholders, was entirely clear.

A sole objector, who held 175 shares in the company, argued before the Court that the scheme should be rejected or that it should not be approved without a further confirmatory vote of shareholders. Amongst the arguments he put forward was that the recent improvement in political and economic certainty brought about by the General Election result could lead to an enhanced price for the company being obtained.

However, even if it could be shown that the change in political and economic outlook would lead to a different outcome were shareholders to vote on the scheme again, the Court found that that was no good reason for invalidating the vote that had already taken place. The statutory requirements having been complied with in full, the Court was satisfied that an intelligent and honest shareholder, acting in his or her own interest, might reasonably have approved the scheme.