Social housing is a scarce resource, but judges are not afraid to hold local authorities to their strict duty to provide suitable accommodation for those in need. In a case on point, the High Court gave a council 12 weeks to find a suitable home for a family of six, including a seriously disabled teenage girl. 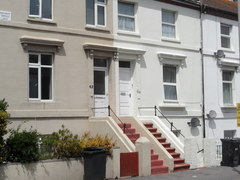 The council had long accepted that it owed a duty to provide the family with suitable accommodation under Section 193(2) of the Housing Act 1996. It placed them on a temporary basis in a four-bedroom house which lacked the specialised bathroom and toilet facilities the girl required.

The council agreed that the family were in emergency housing need and, following a review of their case, one of its housing officers decided on the basis of medical evidence that the house was unsuitable due to the teenager’s special requirements. More than two years after that decision, however, the family had yet to receive an offer of suitable permanent accommodation and remained living in the house.

After proceedings were launched on the family’s behalf, the council emphasised its limited resources and an acute shortage of available social housing stock in its area. It argued that the house represented suitable accommodation for the family, at least for the time being.

Ruling on the matter, the Court found that, since the date of the officer’s decision, the council had been in continuing breach of its duty to suitably accommodate the family. The house’s lack of appropriate facilities undermined the teenager’s health, her dignity and her ability to lead a reasonably independent life at home.

Whilst recognising that social housing is not in abundant supply, the Court was not satisfied that it would be impossible to find a suitable home for the family or that the council had taken all reasonable steps to achieve that aim. By the officer’s decision, the council had accepted that the house was unsuitable and the family’s transfer to an appropriate property had been unreasonably delayed.

In imposing the 12-week deadline, the Court expressed no confidence that a mere declaration that the council was in breach of its statutory duty would result in a sustained and thoughtful effort to assist the family.