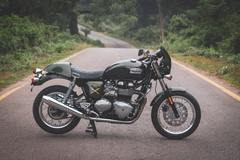 Behavioural difficulties are a common consequence of head injuries and, if they arise from others’ negligence, they are compensated for in just the same way as physical disabilities. In a case on point, a motorcyclist who endured a dramatic personality change following a road accident received millions in damages.

The man, aged in his 40s, suffered a brain injury when he came off his bike after a car cut across his path. He had made a good physical recovery, but the behavioural problems that have since blighted his life present an intense challenge to him and to those who look after him. There is no dispute that he will require professional care for the rest of his life.

After proceedings were launched on his behalf, the car driver’s insurers admitted liability for the accident and agreed to a final settlement of his claim. Together with a £1.82 million lump sum, he will receive index-linked payments of £55,000 a year to cover the costs of his care. The High Court had no hesitation in approving what it described as a very sensible resolution of the case.