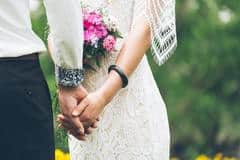 Legal documents that are not stored with a solicitor have a tendency to get lost and, if that happens, there can be hell to pay. In a High Court case on point, a dispute between a property developer and the owner of a country weddings venue was greatly complicated by the disappearance of a crucial land conveyance.

The conveyance recorded a sale of land in 1983 and included a restrictive covenant which forbade construction of any buildings on the land without the consent of the vendor, such consent not to be unreasonably withheld. The conveyance had, however, gone missing and the only direct evidence of the covenant’s terms was a record kept at the Land Registry which did not reproduce its precise wording.

The wedding venue’s owner was anxious to preserve the beauty and tranquillity of its setting and, in reliance on the covenant, sought to block the developer’s plans to build a pumping station on the land. The developer, however, argued that the covenant was drafted for the benefit of the original vendor alone. He having died, it was no longer possible to obtain his consent to the works and the covenant had thus ceased to have any legal effect. The developer submitted that that argument was clearly right and applied for summary judgment on that basis.

In refusing the application, however, the Court ruled that a full trial of the matter was required. In the unfortunate absence of the conveyance, and thus in ignorance of the covenant’s exact terms, the Court would require detailed evidence about the factual matrix in which it was entered into. There was also a possibility that, by the time of the trial, at least a copy or a draft of the conveyance may have been uncovered.