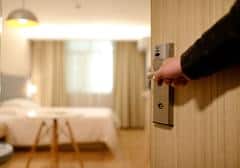 If you are selling a property, it may seem counterintuitive to reveal its downsides to prospective buyers – but, if formally asked, you are under a legal obligation to do just that. In a case on point, a couple reaped a whirlwind after keeping quiet about the fact that land near their home was to be the subject of a major hotel development.

Prior to agreeing the sale of their barn conversion home, the couple were required to answer a number of questions posed in a standard property information form. Asked if they knew of any correspondence or notices that might affect the property, they answered ‘no’. A question as to whether they were aware of any proposals to develop the property or nearby land also received a negative answer.

On the basis of those answers, contracts were exchanged for the property’s sale at a price of £1,085,000. The prospective buyers paid a 10 per cent deposit. After subsequently learning that planning consent had previously been granted for the hotel and car park, however, they rescinded the contract and demanded the deposit’s return. They launched proceedings after the couple refused that demand.

Ruling on the matter, a judge noted that the couple were well aware of the proposed hotel development, having actively opposed it. They must have known that it would affect the property but had sought to downplay its significance. They knew that their answers to the questions were false and were thus guilty of making a fraudulent misrepresentation on which the prospective buyers had relied.

The latter were thus entitled to rescind the sale contract and to have their £108,500 deposit returned. The couple were also ordered to pay substantial legal costs and £1,778 in compensation to the prospective buyers, that sum representing their losses arising from the abortive property deal.