Workplace disciplinary proceedings must always be thorough and fair, but that is all the more the case where an employee is accused of dishonesty. An Employment Tribunal (ET) succinctly made that point in awarding substantial damages to an employee who was accused of making a fraudulent expenses claim. 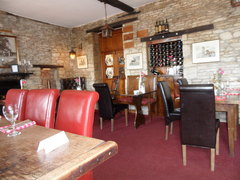 The policy of the company for which the man worked was that only expenses that had been incurred wholly, exclusively and necessarily for business purposes could be claimed by employees. External HR consultants were engaged to investigate after he was alleged to have lodged an expenses claim in respect of a pub meal attended by himself, his girlfriend, a friend of hers and his line manager. The latter was the principal witness against him in the disciplinary proceedings.

There were a range of factual disputes as to what was and was not said during and after the meal and as to whether the pub’s bill was in respect of two people or four. However, the line manager’s account was ultimately accepted and the man was dismissed on grounds of gross misconduct. He was found to have submitted a fraudulent expenses claim in knowing breach of the company’s policy.

In upholding his unfair dismissal claim, the ET noted that the gravity of the allegation mandated careful critical analysis of all the evidence. Although the investigation was diligently performed, the company’s managing director, who took the decision to dismiss the man, ignored a number of inconsistencies in the line manager’s account. On any reasonable analysis of the evidence, the latter’s testimony was unreliable.

The ET made a total 50 per cent deduction from the man’s compensation to reflect his own share of responsibility for his dismissal and the chance that, had a fair procedure been followed, he could have been fairly dismissed. Nevertheless, his award came to £24,749, made up of a basic award of £734, £7,000 in respect of three months’ notice pay and £17,015 by way of compensation.