A rare exception to the sanctity of private property rights is that telecommunications apparatus can in certain circumstances be installed on land without the consent of its owner or occupier. The extent of such rights, which are far from universally popular with landowners, came under Court of Appeal scrutiny in a guideline case. 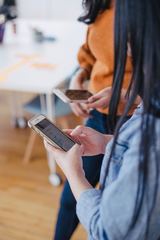 A mobile telecommunications operator was considering the installation of a mast on the roof of a university hall of residence. It served notice on the university under the Electronic Communications Code (ECC) requiring that access be given to surveyors and other professionals so that the viability or otherwise of the location could be ascertained. The university refused to grant such access.

The operator was not seeking any permanent right to install a mast, although it was likely to do so in the future in the event of a positive survey result. In ruling on the dispute, however, the Upper Tribunal (UT) found that it had power to impose upon the university an agreement permitting access to the building for the purpose of determining whether it was a suitable location for a mast.

In considering the university’s appeal against that ruling, the Court noted that the purpose of the ECC is to foster national mobile phone coverage by reducing the price payable by operators for the acquisition of rights to install masts and other apparatus on private property. Landowners stand to receive much less if compelled to confer such rights and thus prefer to operate outside the ECC if they can.

In rejecting the university’s appeal, the Court noted the reality that no electronic telecommunications equipment can be installed without prior performance of a viability survey. On a true interpretation of the ECC, the operator therefore had a free-standing right to enter the property in order to perform a suitability assessment and the UT was entitled to impose on the university an agreement to that effect.