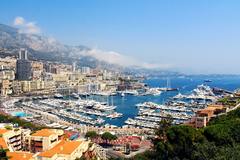 Worldwide freezing orders are not designed to inflict hardship and those on the receiving end are entitled to maintain the lifestyles to which they are accustomed. The Court of Appeal made those points in the guideline case of a businessman who claimed to need £310,000 a month to fund his ordinary living expenses.

The Russian national faced claims that he had engaged in wholesale fraud at the expense of a Russian bank. He denied the allegations, insisting that they were politically motivated and false. Following a hearing in London, however, a pre-trial freezing order was issued, freezing his worldwide assets up to a value of £1.34 billion.

In permitting him to spend £80,000 a month on living expenses, a judge found that his current, lavish level of expenditure was unsustainable in the light of his overall financial position. The businessman, however, argued that that sum was nowhere near enough to fund his ordinary living expenses and that he would be compelled to dramatically curtail the lifestyle he enjoyed before the order was made.

In upholding his appeal, the Court noted the importance of ensuring that freezing orders do not operate oppressively. The purpose of the freezing order was neither to provide the bank with security nor to bring pressure to bear upon the man, but to prevent him taking steps that might render any judgment against him unenforceable.

Noting that expenses that may be reasonable or even modest for a multi-millionaire may be out of reach for less wealthy people, the Court found as a matter of principle that the man should be permitted to spend by way of ordinary living expenses sums sufficient to maintain his previous standard of living. Rent paid by the man on his family homes in London and Monaco alone came to £120,000 a month, and the £80,000 figure chosen by the judge was manifestly insufficient.

The Court amended that figure upwards so as to enable the man to pay his rent, his children’s school fees and the costs of his private security arrangements. He was also permitted to spend £40,000 a month on his general living expenses. The Court acknowledged that permitting payments on that scale to an alleged fraudster might appear counter-intuitive. However, it was necessary to do so in accordance with the general principles which govern the making of freezing orders.