Arranging Credit for Your Clients? Can You Meet the Regulatory Burden? 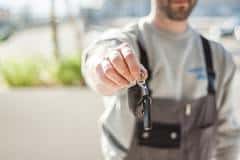 Retailers of ‘big ticket’ items nearly always have to be able to offer credit facilities to their customers in order to stay in business. That, however, is an activity regulated by the Financial Conduct Authority (FCA) – which, as a decision of the Upper Tribunal (UT) showed, is not an organisation that can be trifled with.

The case concerned a motor dealership which was authorised under the Financial Services and Markets Act 2000 to introduce its clients to sources of credit. Up to 40 per cent of its sales depended on its ability to perform that activity. It was required by the FCA to fill in and submit a form annually, disclosing such basic details as its total revenue and the number of credit-related transactions during the period.

Despite numerous warnings and reminders from the FCA, submission of that form was delayed by several months in three successive years. In the circumstances, the FCA decided that the dealership was not a suitable person to provide consumer credit services and revoked its authorisation.

In challenging that decision before the UT, the dealership frankly accepted that, in the absence of professional advice, none of its staff had really understood what needed to be done. Various explanations for the delays were put forward, ranging from pressure of work and employee unreliability to the severe illness of one director and a bereavement suffered by the other.

The UT found that the director who bore responsibility for submitting the forms was well-meaning and honest and had acknowledged his failings. The extenuating circumstances that he described might have justified some delay, but they did not come close to justifying the dealership’s complete and protracted failure to submit basic regulatory filings. The UT was not satisfied that the dealership’s record of regulatory compliance was likely to improve and rejected arguments that the FCA should have given it one last chance. The appeal was dismissed.