Enforcement of Overseas Awards and the Risk of Conflicting Judgments 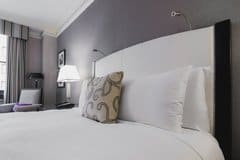 English judges are often asked to enable enforcement of foreign arbitration awards against UK assets. However, as a big money case concerning an abortive hotel construction project in Nigeria showed, they are always alert to the risk of their rulings conflicting with the decisions of overseas courts.

A Nigerian construction company was granted a 50-year lease of land by a Nigerian airport authority with a view to developing the hotel and resort complex. After the project was commenced, however, the authority demanded that building works cease and they had never been restarted. Following a dispute resolution process in Nigeria, an arbitrator awarded the company over $48 million, plus interest at a rate of 18 per cent per annum until payment.

In adjourning enforcement proceedings brought by the company in London, the High Court noted that lengthy and convoluted proceedings, in which the authority was seeking to have the award set aside, were ongoing in Nigeria. Although the award was on the face of it manifestly valid, there was a real possibility of an English judgment conflicting with that of a Nigerian court.

The Court, however, noted that more than nine years had passed since the date of the award and that there was a prospect of further substantial delays in the Nigerian proceedings. The interest payable by the authority already far exceeded the amount of the award. Given the strength of the company’s case, the Court directed that the adjournment would only become effective on payment by the authority of half the award – over $24 million – into court as security.