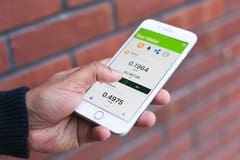 Defamatory statements posted on the Internet are viewed worldwide, raising the question of exactly where the reputational harm they cause has arisen. The High Court tackled that very modern issue in a libel case brought by a man who claimed to be the creator of the bitcoin cryptocurrency.

The computer scientist launched proceedings in London against a bitcoin investor in respect of posts that the latter was said to have made on globally available websites. The scientist claimed that the publications bore the defamatory meaning that he had fraudulently held himself out to be Satoshi Nakamato, the pseudonym used by the person or persons who developed bitcoin.

In resisting the investor’s argument that his claim had no place in an English court, the scientist, an Australian national, pointed out that the posts had received many thousands of hits in the UK. He and his family had made their settled home in England since immigrating here in 2015. He paid his taxes in the UK and intended to apply for British citizenship and to remain here permanently.

The Court, however, noted that it was common ground that the scientist is domiciled neither in this country nor in any other EU member state, nor in a country that is a signatory to the Lugano Convention on jurisdiction and the enforcement of judgments. In those circumstances, he was required by Section 9 of the Defamation Act 2013 to show that England was clearly the most appropriate place for his case to be heard.

The posts had received much more attention in America than anywhere else and, of their global publication, only 7 per cent took place in England and Wales. Their subject matter, bitcoin, was of global interest and they had not been specifically targeted at this country. The scientist’s reputation being global, his residence in England carried little weight.

That reputation had been built up almost entirely before he came to this country and evidence put forward that the posts had harmed his reputation in the UK was almost entirely speculative. Although he would no doubt find it more convenient to have his case heard in this country, there was no suggestion that he would not receive a fair trial in America or elsewhere. The scientist’s claim was struck out on the basis that the Court had no jurisdiction to entertain it.