There is nothing wrong with businesses painting themselves in a glowing light, but if marketing hyperbole strays into the realms of fraud the law takes a very dim view. In a case on point, the High Court came down hard on a company which falsely held itself out as having the ear of a glittering array of millionaires and billionaires. 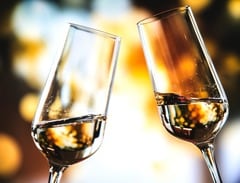 A nascent art sales business (the client) was prevailed upon to invest over £130,000 in sponsoring high-society events, some of which never happened. The client had received assurances from the company that it had access to the membership of an exclusive club of high net worth individuals and that the events represented a golden opportunity to raise the client’s profile. After realising that it had been duped, the client took legal action against the company and its sole director, alleging fraudulent misrepresentation and breach of contract.

In upholding the client’s claim, the Court found that the company was in a very small way of business and was run on a shoestring. It had no office premises of its own, but used serviced offices at a prestigious location for correspondence and meetings. Spreadsheets of those who were purportedly invited to events were compiled from publicly available lists of the great and the good with the names of miscellaneous famous people included.

Invitations were sent speculatively and venues were booked, prior to cancellation or postponement of events at the last moment, in order to create a veneer of truth. In some instances, the client had received nothing at all in return for its money. In the circumstances, it was entitled to rescind the contracts in respect of cancelled events and to damages for deceit equal to the sums it had paid.