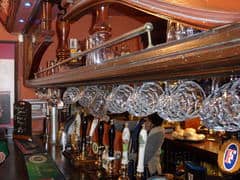 Agreements or practices that prevent, restrict or distort fair competition are void and unenforceable. That principle came under analysis in a guideline case concerning a lease which required publicans to purchase beers and other drinks from a single supplier, nominated by their landlord.

The landlord owned upwards of 5,000 tied pubs around the country. Publicans, three members of the same family, who operated one of them admitted that they had purchased drinks at cheaper prices from a source other than the nominated supplier. In those circumstances, the landlord sought an interim injunction requiring them to comply with the terms of their lease.

In resisting the application, the publicans argued that restricting them to a single supplier amounted to a breach of Section 2(1) of the Competition Act 1998. In particular, they complained that the nominated supplier had provided drinks at lower prices to a competing pub, owned by the same landlord, about half a mile away. They felt that they had been treated very unfairly and that the landlord’s objective in insisting on compliance with the letter of the lease was to put them out of business.

The landlord argued that the circumstances of the two pubs were very different. The competitor pub was in a less advantageous position and, despite having received considerable managerial and financial assistance, had in fact failed. It was also submitted that the single supplier requirement in the lease was reflected in the reduced rent the publicans paid for the premises.

In granting the injunction sought, the High Court noted that the purpose of competition rules is not so much to protect individual competitors as to protect the process of competition within a relevant market. The publicans had freely signed up to the single supplier clause and, the source of the alleged unlawful competitive disadvantage having disappeared with the competitor pub’s closure, they were not entitled to continue trading effectively as a free house. Their defence to the landlord’s claim thus had little merit.