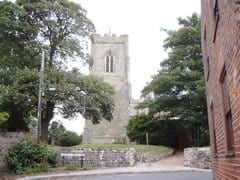 So-called squatters’ rights are a constant bone of contention because they can result in property being wrested from the ownership of those who have paper title to it. That was certainly so in an unusual case concerning a burial vault in which members of a landed family had rested for more than 150 years.

The vault lay beneath the nave of a listed church which had closed its doors to a dwindling congregation in 2004. The church had been donated to the parish by a local grandee in 1837, but he had retained ownership of the vault with a view to it providing burial space for him and his descendants. It housed three or four family coffins, including his own.

The local church authorities feared that, if the church remained empty and unused, it would in time deteriorate to the point that it would require demolition. They argued that removing and relocating the coffins and selling the church for residential conversion was the only viable means of securing its future.

Two of the donor’s great-great grandchildren (the heirs) objected to those proposals, but the First-tier Tribunal (FTT) found that, since the church’s closure, if not before, successive vicars of the parish had assumed exclusive possession of the vault. Although the heirs had undisputed paper title to the vault, the FTT found that the church authorities had developed squatters’ rights in respect of it and were entitled to be registered as its lawful owners.

In upholding the heirs’ appeal against that decision, the Upper Tribunal (UT) noted that, since a member of the family was last interred in the vault in 1940, no vicar or other church representative had ventured into it. It had remained sealed under a flagstone, save on one occasion when the donor’s great-great-great grandson took photographs of its interior by inserting a camera through a small hole in its roof. The photos revealed the coffins resting undisturbed.

The heirs had visited the church in order to pay their respects to their ancestors and there was no suggestion that its doors had been locked in order to exclude them from the vault, rather than for security reasons. Just because the heirs did not have keys to the church did not mean that they had abandoned the vault. The ruling opened the way for the heirs to seek first registration as freehold owners of the vault, but the UT urged them to cooperate with the church authorities with a view to lifting the threat of demolition hanging over the church.