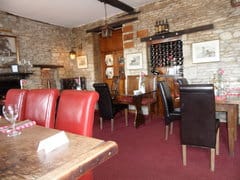 There is a risk that well-meaning or light-hearted marketing or advertising campaigns may inadvertently stray into the realms of discrimination. A brewery fell into that trap when it marketed a cut-price beer only to those who identified as women in a satirical attempt to highlight the gender pay gap.

A customer launched proceedings against the brewery under the Equality Act 2010 after a barman at one of its pubs twice refused to sell him the beer because he was male. The price of the beer was 20 per cent lower than that applied to an equivalent product that was available to all drinkers, regardless of their sex. The customer only succeeded in purchasing the beer after telling the barman that he identified as female.

The brewery said that the campaign had the specific anti-discriminatory objective of encouraging discussion of gender inequality issues. The beer was sold as part of a four-week marketing campaign which began on International Women’s Day. The 20 per cent markdown on price was said to reflect the difference between men’s and women’s pay in the UK.

However, in upholding the customer’s direct sex discrimination claim, a judge rejected the brewery’s argument that the campaign was a proportionate means of achieving a legitimate aim. He was unconvinced that the campaign had enhanced awareness of the gender pay gap or assisted women in overcoming the disadvantage of being paid less than men. The customer was awarded £1,000 in damages to reflect the humiliation he had endured, and the brewery was ordered to pay his legal costs.