Judgments Obtained by Fraud Should Be Set Aside – Supreme Court Ruling 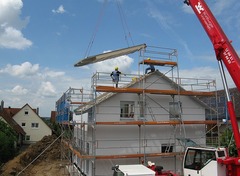 It is sadly not unheard of for judges to have the wool pulled over their eyes and it is only right that judgments obtained by fraud should be set aside. The Supreme Court made that point in a guideline case concerning a property owner who claimed to have been cheated by members of her own family.

The woman had agreed to transfer legal title to her property portfolio to a company of which she was a director and shareholder, together with her cousin and the latter’s husband (the relatives). After a dispute arose, she argued that it had been agreed between them that the properties would be renovated and let, but that she would remain their beneficial owner. In seeking to have the transfer set aside, she claimed that the relatives were guilty of unconscionable conduct and had subjected her to undue influence.

The relatives, however, argued that the company was established pursuant to a joint venture and that it had been agreed that the properties were to be sold after their renovation, which would be largely paid for by them. The woman was to receive an agreed value for each property, but any additional profits were to be divided equally between the three of them.

In support of their case, the relatives presented a scanned copy of what appeared to be a profit share agreement, which apparently bore the woman’s signature. She denied that she had signed the document, but was refused permission to present expert handwriting evidence. The relatives’ account of what had been agreed was accepted by a judge and the woman’s claim was dismissed.

Following that decision, the woman engaged a handwriting expert who conclusively stated that her signature on the agreement had been transposed from an earlier document. In those circumstances, she applied to have the judgment against her set aside on grounds that it had been obtained by fraud. A judge rejected the relatives’ plea that her application was an abuse of court process, but that ruling was subsequently reversed by the Court of Appeal.

In upholding her challenge to the latter decision, the Supreme Court noted the fundamental principle that litigants must not be permitted to benefit from fraud. Even if the woman could, through the exercise of due diligence, have detected the alleged fraud before the trial, that did not disentitle her from seeking to have the judgment set aside. The Court recognised the importance of finality in resolving disputes, but ruled that the need to deter fraudulent litigation conduct prevailed.