Transparency and public consultation are the bulwarks that ensure the fairness of the planning system. However, as a High Court case concerning a social housing development showed, not every lapse in those respects will result in a planning permission being overturned. 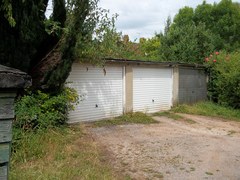 A social housing provider wished to demolish a number of garages and replace them with two blocks, comprising six flats. Plans for the development were amended after neighbouring landowners expressed concerns about overshadowing, overlooking and loss of privacy. Planning consent was subsequently granted, but a woman whose home adjoined the site mounted a judicial review challenge.

In ruling on the matter, the Court noted that there was no satisfactory explanation as to why the amended plans had been posted on the relevant local authority’s website on the same day that the permission was granted. That had resulted in the woman and other objectors having no fair opportunity to comment on the plans.

The woman also had understandable concerns about the planning officer’s report on which the permission was based. The report made no direct mention of a balcony which had appeared in the amended plans for the first time. The report’s conclusion that the woman would only be able to glimpse the balcony from her home was open to question but she had been unable to express her views on the issue.

In dismissing her challenge, however, the Court noted that it was obliged to view the report with a reasonably benevolent eye. The issue as to whether the amended plans were unacceptable in privacy terms was a matter of planning judgment. The Court was satisfied that the ultimate decision-maker took all relevant matters into account in reaching a conclusion that was not irrational.

Although the amended plans were undoubtedly different from their predecessors, they had the advantage in privacy terms of removing windows from a flank wall of one of the blocks. The views of the woman’s property from the balcony would be oblique and an opaque privacy screen would be put in place.

In those circumstances, the Court found that the changes to the plans were not so fundamental as to require the council to perform a fresh consultation exercise and that the woman had suffered no material prejudice as a result of her inability to make further representations.