Homeless and the Council Won’t Help You? See a Solicitor Today!

Social housing tenants who believe their accommodation is unsuitable for them often hit a brick wall when they complain to their landlords. However, as a Court of Appeal decision showed, legal advice can open the door to a better quality of life. 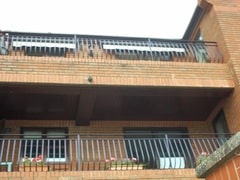 The case concerned a man who had been placed by his local authority in a private rented first-floor flat which, amongst other things, lacked shower facilities and was only accessible by a staircase of 14 steps. Those deficiencies posed a particular problem for him due to his chronic health problems and mobility difficulties.


The council accepted that he was disabled, that he was not intentionally homeless and that he was in priority need of re-housing. It thus owed him a full duty under Section 193 of the Housing Act 1996 to place him in suitable accommodation. Despite his frequent requests to be moved elsewhere, however, he and his family had been living in the flat for two and a half years. After a council reviewing officer found that the flat was suitable for him, he appealed to a judge, without success.


In upholding his challenge to the latter decision, the Court found that the officer’s decision was, in several respects, highly unsatisfactory. He had failed to give adequate weight to medical evidence that climbing the steps caused the man severe pain and that provision of a ground-floor flat, or a flat accessible by lift, was not a matter of mere convenience but a housing need. The officer had also failed to mention the lack of shower facilities.


The Court noted that the public sector equality duty, enshrined within the Equality Act 2010, was also in play due to the man’s disabilities. The officer had failed to focus sharply on that issue, as he was obliged to do, and his mere recitation of the duty was no substitute for actually taking it into account. The officer’s decision was quashed and the council was directed to consider the man’s housing application afresh.