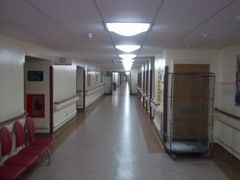 Compensation awards to clinical negligence victims may seem generous, but long lives and the escalating costs of care mean that they are no larger than needed. That was certainly so in the case of a seriously disabled 11-year-old girl whose lawyers succeeded in negotiating a settlement of her claim worth over £20 million.

The girl’s legal team claimed oxygen starvation arising from a negligent delay in her delivery was the cause of her brain damage. An NHS trust accepted that her birth had been mismanaged and, whilst disputing that that had caused her injuries, agreed to settle her claim on the basis of 85 per cent liability.


She has been left suffering from cerebral palsy, affecting all four limbs. Her intellect is impaired and behavioural difficulties mean that she is prone to tantrums, which can only be calmed by her mother singing to her. There was no dispute that she will require professional care, day and night, for the rest of her life.


Following negotiations, the trust agreed to pay her a lump sum of £5,798,000. She will also receive index-linked annual payments to cover the costs of her care for life. Those payments will start at £155,000, rising to £227,000 when she is aged 18. The overall value of the settlement is slightly in excess of £22 million.


In approving the settlement, the High Court noted that the costs of the girl’s care regime are exceptionally high and that, despite her disabilities, she is expected to live a near-normal lifespan. The Court expressed its respect and admiration for the girl’s mother, who has devoted herself to ensuring that she has the best quality of life possible.