Can Airspace and Subsoil Be ‘Common Parts’? – Tribunal Says Yes

Do the common parts of an apartment building include the airspace above it and the subsoil beneath? In an important ruling in the context of leasehold enfranchisement, a tribunal has answered that question in the affirmative. 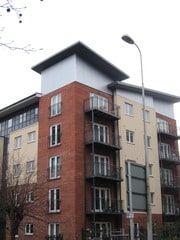 A majority of residential tenants in a block of flats applied, via a nominee company, to acquire the building’s freehold under the Leasehold Reform, Housing and Urban Development Act 1993. The landlord did not contest the application and the freehold was duly transferred to the tenants, together with the head lease and certain intermediate leases.


An issue, however, arose as to whether the tenants were also entitled to acquire the airspace above the building and the subsoil beneath it, which were both subject to independent leases. Following a preliminary hearing, the First-tier Tribunal ruled in the tenants’ favour on the basis that both were comprised within the block’s common parts and that their acquisition was reasonably necessary for the proper management or maintenance of the premises.


In dismissing a challenge to that ruling brought by the leaseholders of the airspace and subsoil, the Upper Tribunal ruled that the subsoil, whilst not forming part of the structure of the building, fell within the extended meaning given to the expression ‘common parts’ by Section 101 of the Act. The subsoil was properly viewed as part of the exterior of the building and its acquisition was reasonably necessary to enable, amongst other things, the management and maintenance of landscaped and planted areas around the base of the building’s exterior walls.


The airspace above the block was also to be seen as part of the building’s exterior and comprised within its common parts. Its acquisition was reasonably necessary to enable access to the roof for the purposes of maintenance and repair and the installation of equipment such as aerials and air conditioning units. A dispute as to whether the building’s basement boiler room formed part of the block’s common parts was also resolved in the tenants’ favour.