One of the reasons why divorcing couples should always seek professional advice is that children also feel the consequences of marital breakdown. That was certainly so in one case in which a former couple’s decision to split a 3,000-acre family estate between them left their son with a burning sense of grievance. 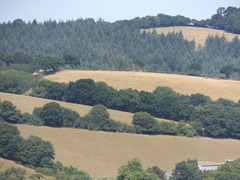 Following their divorce, the couple agreed to partition the estate – which had been in the husband’s family for over 200 years – between them, with the husband receiving 60 per cent and the wife 40 per cent. Their grown-up son, who managed the estate, argued that the partition was unconscionable in that it flew in the face of assurances his father had given him that the entire estate would one day be his.


After the son took legal action, a judge accepted that his father had made a number of representations to him over the years concerning passing on control or ownership of the estate. In dismissing the son’s claim, however, the judge found that he had not relied on anything said by his father and had never received a binding assurance that the estate would be transferred to him during his father’s lifetime.


In challenging that decision before the Court of Appeal, the son argued that there were reasons to believe that the judge had been biased against him. The same judge had previously presided over hearings connected to his parents’ divorce. Those proceedings had been conducted in private and the son argued that he had been kept in the dark about things that may have been said against him and denied access to information that may have been relevant to his claim.


In dismissing his appeal, however, the Court could detect no grounds whatsoever for thinking that the judge had been biased. Far from concealing information about the matrimonial proceedings from the son, the transcript of the case revealed that she had done her best to ensure that anything relevant to his claim was disclosed to him. No fair-minded and informed observer would conclude that there was any real possibility of the proceedings having been infected by bias.