When is the Community Infrastructure Levy Chargeable? High Court Guidance 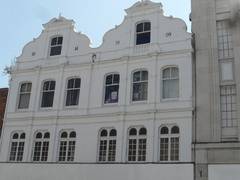 The community infrastructure levy (CIL) is a charge that local authorities can impose on new developments as a means of funding local infrastructure. The sums involved can be very substantial and a High Court ruling in a guideline case will help to dispel doubts over the exact circumstances in which it is payable.

The owner of a commercial building had obtained planning permission to convert it into six flats. At that point, the local authority did not require a CIL payment. The planning permission was implemented and remained extant, but the works had not been completed. The building remained vacant and uninhabitable.


The owner later decided that it would be more economic to create three flats, rather than six, and applied for and was granted planning permission for that development. On granting that consent, however, the local authority demanded a CIL payment of £547,419. A formal liability notice was subsequently issued in that amount.


In challenging the bill by way of judicial review, the owner argued that it was exempt from having to pay CIL by operation of Regulation 40(7)(ii) of the Community Infrastructure Levy Regulations 2010. Although the works permitted by the six-flat permission had not been completed, it had been validly implemented and the residential use of the building had thus been established.


In dismissing the owner’s arguments, however, the Court noted that, at the time the three-flat permission was granted, the building was a mere shell, without any of the facilities required to make it fit for habitation. The fact that no actual residential use had by then occurred was the very reason why the owner had to apply for planning consent in respect of the three-flat development, rather than relying on permitted development rights. That development could not have been carried through lawfully without further planning permission and the local authority was thus entitled to charge the CIL.