Exclusive English jurisdiction clauses feature in thousands of international contracts and that is one reason why the world’s legal business is done in London. One such clause came under analysis in a case concerning an eight-figure loss suffered by insurers following the crash landing of a passenger jet. 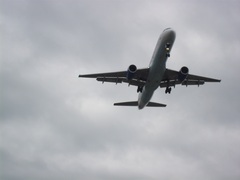 At the end of a lengthy contractual chain, the jet ended up being sublet to an Italian airline. It had a full load of passengers when its landing gear failed to operate as it should have done and the pilot was forced to make an emergency landing. Although there were no fatalities, the incident cost the airline’s insurers over $11 million.

The insurers launched proceedings against the jet’s manufacturer in Italy with a view to recovering that loss. They alleged, amongst other things, that the same component fault had occurred in other aircraft and that disaster would have been averted had the manufacturer taken appropriate steps to deal with the problem.

The manufacturer lodged a claim in London, seeking a declaration that the dispute was subject to an exclusive English jurisdiction clause contained within its warranty agreement with the airline. The manufacturer also argued that the insurers had no right to pursue a negligence claim in Italy, but were confined to seeking remedies detailed in the warranty agreement. In response, the insurers sought a ruling that the English courts had no jurisdiction to try the manufacturer’s claim.

In refusing to grant the order sought by the insurers, the High Court found that the manufacturer had the better of the argument. The insurers were bound by the exclusive jurisdiction clause, which applied to all disputes arising out of alleged defects in the jet. What the insurers alleged in the Italian proceedings was that the manufacturer had failed to supply an aircraft free of defects and that was an issue that fell within the scope of the warranty agreement.