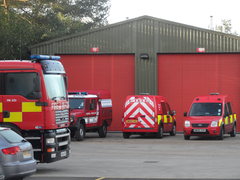 Employers are under a duty to keep their staff reasonably safe, but the law does not expect them to have perfect foresight of every eventuality. A judge made that point in dismissing a compensation claim by a former fireman who claimed that exposure to a 10-second siren blast had left him with permanent ringing in his ears.

The man said that he suffered immediate pain in his ears when a colleague turned on the siren in a confined space during a fire station open day. He argued that the incident triggered acoustic trauma which left him with permanent tinnitus and an acute sensitivity to everyday noises. He claimed about £50,000 in compensation from his former employer, a regional fire and rescue service.

In rejecting his claim, however, a judge noted that emergency sirens are necessarily loud. Most pedestrians were familiar with the noise of passing emergency vehicles, but it had not been suggested that their hearing was at risk. Given the short duration of the blast, there was no sufficient evidence to support a finding that the fireman had been exposed to a real risk, as opposed to a vague possibility, of injury. Any damage to his hearing had therefore not been reasonably foreseeable.