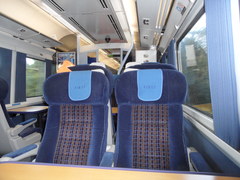 Official surveillance of private citizens is sometimes necessary, but is subject to tight legal restraints to guard against unwarranted invasions of privacy. In one recent case, a man who was, without authority, kept under police observation whilst commuting on a train to work was awarded more than £45,000 in compensation.

A British Transport Police (BTP) officer suspected the man, a senior local authority employee, of being responsible for a spate of sexual assaults on train passengers. The officer instructed a colleague to keep the man under observation during his journey to work. He was photographed and arrested in a very public fashion on his arrival at his destination. He was subsequently charged with five counts of sexual assault but, following a trial, he was unanimously acquitted by a jury.


After the man complained to the Investigatory Powers Tribunal (IPT), the BTP admitted that, as the surveillance operation was planned in advance, authorisation should have been obtained from a senior officer. The failure to do so amounted to a breach of the Regulation of Investigatory Powers Act 2000.


In ruling on the matter, the IPT found that the breach had arisen from BTP officers’ inexcusable ignorance of the law and was very far from being merely technical. The evidence against the man was so dubious and contaminated that no authorisation could properly have been granted. But for the unlawful surveillance, there would have been no charges and no trial.


The man’s distress at being arrested in full view of other commuters, with whom he travelled every day, was exacerbated by a press release circulated by the BTP subsequent to his arrest. The wholly gratuitous press release, in which the man was named and his street address revealed, served no practical purpose. It resulted in widespread press coverage, much of it of a lurid kind.


The chain of events that began with the unlawful surveillance had caused the man – who was of unimpeachable character – and his family very considerable distress. He was required to work from home for nine months and had to resign from his roles as chairman of one charity and trustee of another. He was awarded a total of £46,694 in damages, made up of £25,000 to reflect the gravity of the breach and £21,694 to cover the costs he incurred in defending himself at trial.


Personal Injury and Clinical Negligence, IT, Internet and Media