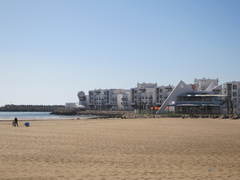 Buying a home abroad can be a risky busines,s and that is why it is wise to instruct a UK-based solicitor with expertise in the legal system of the country concerned to oversee the transaction. In one case exactly on point, 16 British would-be purchasers of luxury Costa Brava apartments risked losing their money due to a Spanish lawyer’s negligence.

The flats had been marketed to UK buyers by agents based in this country, who had recommended the Spanish lawyer as part of what they described as a one-stop service. On paying final instalments, the buyers were handed the keys to their apartments and took up occupation. Only then did it emerge that the apartments had been heavily mortgaged by their Spanish developer, which subsequently went bust. The agents had also gone into liquidation. Two of the buyers managed to pay off the outstanding loans, thus obtaining good title to their properties, but the other flats were all repossessed by the lender.


After English solicitors launched proceedings on the buyers’ behalf, a judge found that the Spanish lawyer had been negligent in failing to advise them about the risk of paying for the flats without ensuring that they would thereby obtain mortgage-free title to them. The transactions also did not have the benefit of bank guarantees, as required by Spanish law. The Spanish lawyer was ordered to compensate the buyers for their losses and to pay damages for their distress and inconvenience.


In dismissing the Spanish lawyer’s challenge to that ruling, the Court of Appeal rejected as fanciful arguments that the buyers were not his clients and that he therefore owed them no duty of care. ‘Dear Client’ letters had been sent to each of them and he had clearly been retained to provide conveyancing services. The buyers were not sophisticated property investors and he was obliged to exercise the degree of skill and care ordinarily to be expected of a competent Spanish lawyer advising English-speaking, non-resident clients.