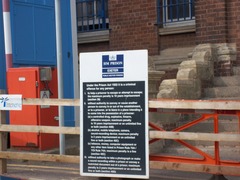 If you are facing disciplinary proceedings at work, it makes sense to contact a lawyer straight away. The point was made by one case in which a judge came to the aid of a consultant psychiatrist who faced accusations of gross misconduct after a young prison inmate hanged himself.

The psychiatrist worked part time at the prison where the 19-year-old took his own life. She was on leave at the time, but she had assessed him and seen him several times. Following a lengthy investigation, her employer, an NHS trust, informed her that she would be summoned to a formal disciplinary hearing and accused of gross misconduct. She was warned that the proceedings could result in her summary dismissal.


She swiftly contacted solicitors, who argued before the High Court that the evidence that would be available to the disciplinary panel simply could not support a finding of gross misconduct and that the proceedings would amount to a breach of her employment contract.


In issuing an interim injunction, the Court found that the psychiatrist had raised serious issues to be tried and that she had a realistic prospect of establishing that the proposed disciplinary hearing would be unlawful. If the hearing went ahead and she lost her job, damages would not be an adequate remedy. The injunction means that the disciplinary process will be stalled, at least until after the full hearing of the psychiatrist’s case.