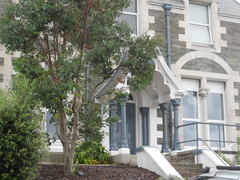 Affiliation to a respected trade association is a boon to any business and provides reassurance to the buying public. A recent Court of Appeal case shed light on the extent to which businesses bear responsibility for out-of-date references to membership of a trade association.

A trade association that provides accreditation to businesses operating in the field of house removals took action against a company that had formerly been one of its members. The latter was said to have continued, when it was no longer a member, to claim affiliation to the association in marketing material that appeared on a third party website in a manner that amounted to misrepresentation and passing off.


The directors of the company said that, when its membership ended, they had taken swift steps to remove references to the association from its postings on those parts of the website to which they had access. They had enjoyed no such access to a directory page on the website, on which the past affiliation continued to appear.


They said they were unaware that a crash of the website had resulted in certain out-of-date references to the association in connection with the company remaining in place. They had not realised that there was a difficulty until they received a complaint from the association through its solicitors. The directors’ explanations were accepted by a judge, who rejected the association’s claim.


In dismissing the association’s appeal against that ruling, the Court found that neither the company nor its directors could be held responsible for the acts of the website’s independent operators. The directors did not intend those acts, nor had they authorised or procured them. It could thus not be said that the company or its directors had made the relevant misrepresentation.