It is notorious that many so-called tweeters keep their identities secret and that trying to find out their names from Twitter is likely to be a fruitless exercise. However, as a High Court case showed, that is not an insurmountable obstacle to lawyers seeking to protect their clients’ reputations from anonymous attack. 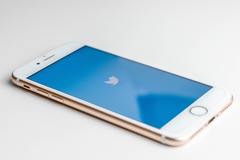 A blogger and a TV personality (the claimants) asserted that they had been defamed and harassed by a person operating a Twitter account under a pseudonym. The true identity of the tweeter remained unknown but they strongly suspected that it was a particular individual (the defendant). He accepted legal responsibility for the account but, when asked whether or not he was the tweeter concerned, he declined to answer.

The claimants sought an order against the defendant requiring him, amongst other things, to disclose the identity of the tweeter. He strongly opposed the application, refuting the suggestion that the claimants were victims of any wrongdoing.

Ruling on the matter, the Court noted that the defendant accepted that he currently controlled the now dormant account and that he had deleted the alleged offending tweets from view. They could, however, be restored to the public gaze with a few taps of a keyboard.

The Court found that the claimants had established a good arguable case that they were the subject of one or more defamatory tweets. The same could not be said of their harassment claims, but arguments that they were engaged in an illegitimate fishing expedition for evidence were rejected.

The defendant was ordered to disclose the identity of any person or persons who had used or had access to the account over a period of about 16 months. He was also directed to disclose all potentially defamatory tweets that appeared on the account and which referred to the claimants during the same period. Disclosure of metadata and analytics in respect of the account was also required.

The Court found that those orders accorded with the overall justice of the case. It declined, however, to make any order in respect of a third claimant, an actress, on the basis that the evidence currently available did not establish a good arguable case that she had suffered defamation or harassment.