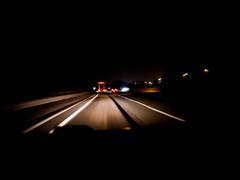 Road accidents that happen in the blink of an eye can have consequences that last a lifetime, which is why it is so important that victims are properly compensated. In one case, a young woman who suffered devastating injuries in a crash which cost her boyfriend his life received seven-figure damages.

The woman was 17 and a front-seat passenger in her boyfriend’s car when he collided with the rear of another vehicle. The car left the road and hit a tree. The boyfriend did not survive and the woman suffered severe brain damage, together with multiple orthopaedic and internal injuries.

Although she had recovered well from the accident physically, her brain injury left her with many of the features of frontal lobe damage, including behavioural problems and extreme fatigue. She had lost the capacity to make important decisions for herself and was unlikely ever to be able to make her own living or to live fully independently.

After proceedings were launched on her behalf, motor insurers agreed to settle her claim for a lump sum of £3,770,632. Of that sum, £37,500 would be paid to her mother and stepfather as some recognition of the astonishing level of care they had lavished upon her since the accident. Given her vulnerability, the money will be managed for her benefit by the Court of Protection. The High Court approved the settlement.