Investing in property development projects is definitely not for the faint-hearted but, if things go wrong, professionals will help you to recoup as much of your money as possible. A case on point concerned about £7 million invested in a student flats development that never even got off the ground. 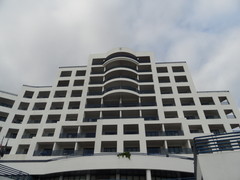 The apparent purpose of a company into which investors ploughed their money was to acquire a large hotel and convert it into studio flats for students. By the time the company was placed in compulsory liquidation, it had not acquired the hotel nor had planning permission been obtained or even applied for.

With a view to recovering the investors’ money, the company’s liquidators launched proceedings against a businessman who claimed that his role within the company was limited to that of a consultant. Following a hearing, however, a judge found that he had breached his duty as a de facto director of the company and ordered him to pay sums totalling almost £4.5 million, plus interest and costs.

The liquidators, who asserted that it was a case of straightforward misappropriation of the company’s money, obtained various orders against him which froze his assets worldwide up to a value of £3.25 million and required him, amongst other things, to make full disclosure of his assets. They later applied to have him committed to prison for contempt on the basis that he had failed to obey those orders.

Ruling on the application, the High Court noted that there was no dispute that he had been a wealthy man, worth millions. His claim to have lost all his wealth in the space of a few months was untruthful. Equally untrue was his assertion that millions of pounds of the company’s money had been spent on an overseas deal to acquire a collection of jewellery and diamonds.

The Court found that he had on four occasions sworn to the truth of false statements. He had also in some respects breached court orders in failing to cooperate with the liquidators or to comply with his disclosure obligations. The Court gave directions for a further hearing at which he would be sentenced for his acts of contempt.