Where free markets fail to operate, individual consumers are bound to suffer. The lengths to which regulators will go in stamping out anti-competitive conduct, even at a local level, were underlined by a High Court case concerning a cartel between estate agencies in a modest market town. 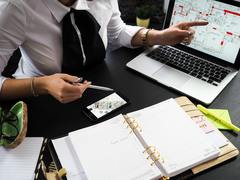 A Competition and Markets Authority (CMA) investigation revealed that a number of estate agencies had formed a price-fixing cartel which drove up commissions paid by members of the public on property sales in the town. The agencies were said to have a market share as high as 95 per cent in the town and the cartel operated for about 13 months before the CMA intervened.

The CMA later took the rare step of seeking an order against a director of one of the agencies and its parent companies under the Company Directors Disqualification Act 1986. He denied any involvement in the cartel, asserting that the agency’s ethos was to combine keen competition with excellent customer service. The agency was but a small cog in a much larger property business and he was not engaged in its day-to-day management.

In ruling on the matter, the Court noted that the CMA investigation was a reminder of the scope and reach of regulators’ work in tackling anti-competitive conduct. Their statutory powers extend not only to the business activities of large corporations but to all markets, no matter how small, within England and Wales.

The Court found that, although the director was not at the forefront of organising and implementing the cartel, he could and should have taken steps to stop it. Detailed evidence presented by the CMA, including meeting minutes and email traffic, established his knowledge of and involvement in the cartel.

His conduct contributed to the breach of competition law and fell below the standards of probity and competence to be expected of a company director. The Court took into account his previous good character as a director of not insubstantial businesses over many years. The CMA investigation had a serious personal impact upon him and he had retired on grounds of ill health.

In disqualifying him from acting as a company director for seven years, however, the Court noted that the business of estate agency is concerned with the sale of what is for most people their most valuable and important asset. The cartel struck at the heart of the relationship of trust that should exist between property vendors and estate agencies. The director was also ordered to pay the six-figure legal costs of the proceedings.