London’s enviable position as the world centre for the resolution of shipping disputes owes less to maritime history than it does to the ability of English lawyers and judges to master the intricacies of international trade. That was certainly so in a case concerning a cargo of fuel oil which failed to come up to scratch. 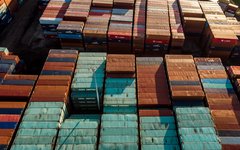 The case concerned a cargo of over 40,000 metric tonnes of fuel oil shipped from a Latvian port to Gibraltar. The buyer, a British Virgin Islands-registered company, took action in London, claiming almost $7.8 million in damages from the seller, a Jersey-registered company, on the basis that the cargo did not meet the quality specifications detailed in the shipping contract.

That was disputed by the seller, who argued that the buyer was in any event bound by an independent certificate of quality which had been issued at the loading port and which confirmed that the cargo was on spec. The seller also asserted that the extent of the buyer’s loss had been exaggerated.

Ruling on the matter, the High Court found that the cargo was off spec. Tests on its quality were carried out by a jointly appointed independent assessor on shore prior to loading. Samples tested were unrepresentative of the fuel oil loaded on board the vessel because they were amalgamated from seven different tanks. The contents of the tanks were fundamentally incompatible and it was that which caused the fuel oil to be off spec when it was blended on board the vessel.

There had been no agreement between buyer and seller that the certificate issued by the assessor would be binding for all purposes. It was binding only for invoicing purposes without prejudice to any later claims of breach of contract. The certificate thus did not stop the buyer’s claim in its tracks. On the basis of expert evidence concerning the difference in value between the cargo contracted for and that delivered, the Court awarded the buyer $3,058,801 in damages.