Divorce is a Line in the Sand – But What If Your Financial Position Changes?

Financial orders made in divorce cases are meant to draw a line in the sand so that people can get on with the rest of their lives. However, they inevitably involve some speculation as to what the future may hold and, as one big money case showed, things can change. 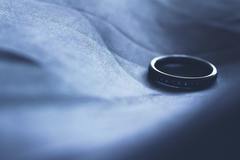 The case concerned a former couple with two children who enjoyed a very wealthy lifestyle during their relationship. The wife took on the role of a full-time mother and the husband was successfully engaged in a high-risk international trade which, in terms of earnings, produced plenty in some years and famine in others.

More than six years after their divorce, the deadline for payment of the £5 million had long since come and gone. The husband was in default in that he had paid just over £3 million. Together with interest, costs and arrears of maintenance, he still owed the wife more than £2.6 million, prompting her to take enforcement action.

In the meantime, the husband issued an application to vary the terms of the lump sum and maintenance orders. He claimed that his financial position had changed dramatically since the divorce and that he was in a state of dire insolvency. He asserted that his debts exceeded the value of his assets by over £2.9 million.

Ruling on the matter, the Family Court noted that, in part due to the unpredictable nature of the husband’s income and his failure to provide adequate information, his financial position was shrouded in impenetrable fog. There was, however, evidence that large sums of money occasionally emerged from the fog and that he had spent lavishly on his wedding and on purchasing a splendid home for himself and his new family.

The husband had entered into the original divorce settlement without taking legal advice but had done so willingly and would ordinarily be required to live with the consequences. His conduct in obstructing disclosure of information also rather undermined his assertion that he had suffered an injustice.

In upholding his application, however, the Court was satisfied on the evidence that there had been a very significant change in his financial circumstances since his divorce and that there were cogent reasons why he should not be held to the terms of the original deal.

The Court, amongst other things, reduced his overall capital debt to the wife to £1.75 million and relinquished his obligation to pay her maintenance. The capital sum was, however, payable straight away and the Court directed him to pay interest of 8 per cent a year – or £11,666 a month – until the debt was cleared.