Meningitis is amongst the most grave illnesses that can afflict any child, but it is also one of the hardest to diagnose. In one case, a little girl who was suffering from the disease when she was sent home from hospital with a diagnosis of tonsillitis won the right to millions of pounds in NHS compensation. 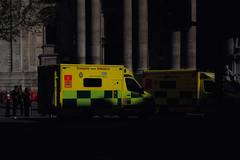 The girl was aged 15 months when she was rushed to hospital by ambulance after a GP made a tentative diagnosis of meningitis. Clinicians on the hospital’s paediatrics ward, however, diagnosed tonsillitis and she was discharged home. The GP turned out to be right and the disease caused permanent neurological damage and cerebral palsy. Had she received swift and appropriate treatment at the hospital, she would have made a full recovery.

Ruling on her clinical negligence claim, the High Court noted that a consultant who examined her at the hospital was thoughtful, caring and highly competent. In his careful examination of the child, he checked for signs of a rash or stiffness in her neck, both telltale signs of meningitis. Based on what he saw, his diagnosis of tonsillitis was entirely reasonable.

In upholding the girl’s claim, however, the Court found that the consultant had fallen into the trap of failing to sufficiently appreciate the symptom-masking effect of medication, including intramuscular antibiotics, that she had already received. A truer picture of her condition was portrayed by the GP’s detailed referral letter. The consultant’s medical care of the girl thus fell below the required standard.

The real possibility that the girl was suffering from a serious bacterial infection had not been excluded prior to her discharge and the tragedy would have been averted had a lumbar puncture test been performed and intravenous antibiotics given. The amount of the girl’s compensation, which was likely to run well into seven figures, would be assessed at a further hearing if not agreed.