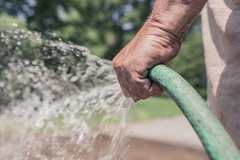 Patents reward originality, and inventions that are obvious developments on pre-existing designs do not qualify for protection, however successful they may be. In a ground-breaking case on point, patent protection was denied in respect of a one-man invention which revolutionised the garden hose market.

An inventor working alone in his garden and garage designed an entirely new type of garden hose which solved long-standing problems with previous models. Compact and easily stored when empty, it expands in length when filled with water. It has achieved huge commercial success around the world.

After a leading hose manufacturer launched proceedings, however, a judge revoked UK and European patents in respect of the invention. He did so on the basis that the invention was obvious when compared with a previously registered US patent in respect of a self-elongating oxygen hose for use by air crews.

In dismissing a challenge to that ruling brought by the patents’ exclusive licensee, the Court of Appeal, by a majority, rejected arguments that the judge had relied too heavily on a hindsight-based analysis in concluding that the invention lacked the novelty required for patent protection. An argument that the judge had taken insufficient account of the hose’s commercial success also fell on fallow ground.

In a dissenting judgment, one member of the Court noted that there was no evidence that a single example of the air crew mask described in the US patent had ever been manufactured. He expressed the view that the patent did not describe a real, practical machine but amounted to no more than a paper proposal.

The Court expressed sympathy for the hose’s inventor and acknowledged that the outcome of the case might appear harsh or even unfair to him. He was entirely unaware of the US patent when developing his hose design. However, there were good reasons, in the wider public interest, why patent protection is unavailable where there is prior art which either discloses an invention or renders it obvious.