Many workers are employed by one company to provide services on the premises of another and that can give rise to debate about their legal status. In a guideline case on point, an Employment Tribunal (ET) found that a woman who managed a concession counter at a department store was a contract worker. 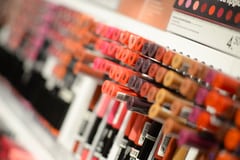 Space was provided within the store for branded counters and concessions and the woman was employed by a cosmetics company to manage one of them. After she launched proceedings against the employer and the store, asserting that she had been sexually harassed and victimised, the nature of her relationship with the store was considered as a preliminary issue.

The ET noted that, although it was not necessary for her to show that the store had a degree of influence or control over how she went about her work in order to establish her status as a contract worker within the meaning of Section 41(7) of the Equality Act 2010, it was clearly a relevant consideration.

The store had a significant degree of influence and control over the manner of her recruitment and she had to comply with the store’s dress and conduct codes. The store did not exert full managerial control over her but she was, amongst other things, required to display its promotional materials on her counter and it had a degree of control and influence over her day-to-day work.

In finding that she carried out work for the store, the ET noted that the stock she sold was the property of the store, as were the proceeds of its sale. She undertook refunds and exchanges for the store and participated in promotional events which were arranged by the store without reference to the employer.

Her services were provided by the employer to the store in furtherance of a contract. In the circumstances, the ET concluded that her relationship with the store was that of a contract worker. She was thus entitled to exert her rights against the store, which was her principal for the purposes of Section 41(5) of the Act.

Addressing a further preliminary issue, the ET noted that the alleged perpetrator of many of the incidents of which she complained was a security guard who worked at the store but who was employed by an external security company. She had failed to provide the very cogent evidence required to establish that he was an agent of the store for the purposes of Section 109(2) of the Act. The store was thus not liable for his actions under that provision.